If you’re like me and waiting to replace your current iPhone with an iPhone X, you can still enjoy a whole lot of that “New and Improved!” experience with Apple’s iOS 11, which provides a host of new capabilities. There’s a lot to cover, and we have another article coming tomorrow about the iPad-specific changes in iOS 11.

After you install iOS 11, you’ll notice a few things right off. Dock icons no longer have names, and many Apple apps now have the bold text design Apple brought to the Music and News apps in iOS 10.

Although the new Automatic Setup feature won’t help you today, when you next get a new iOS device, it can transfer many settings from an older iOS 11 device automatically. I had my phone repaired at Apple after Hurricane Irma, and got to try this feature out. It’s awesome! It’ll be great when those new phones start arriving.Similarly, the new Share Your Wi-Fi feature lets you send your Wi-Fi network’s password to another iOS 11 device that tries to connect.

You may not need a new iPhone or iPad anyway, since iOS 11 can help you recover precious space. Choose Settings > General > iPhone/iPad Storage and you can offload unused apps (while keeping their settings and data), delete old Messages conversations automatically, and see how much space each app consumes. Deleting music from the Music section (tap Edit) will help too. 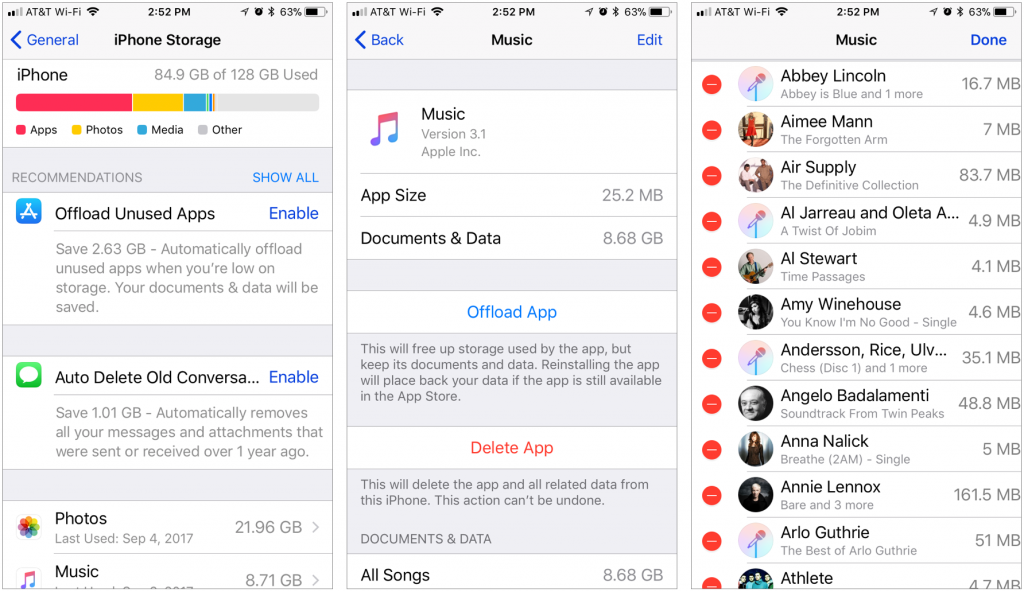 Apple redesigned Control Center, which most people still get to by swiping up from the bottom of the screen (iPad users keep swiping up after the Dock appears, and iPhone X users will have to swipe down from the right-hand top of the screen). It’s back to a single page of icons, and you can access additional options by pressing and holding on any set of controls. Even better, you can add (and remove) controls in Settings > Control Center > Customize Controls. 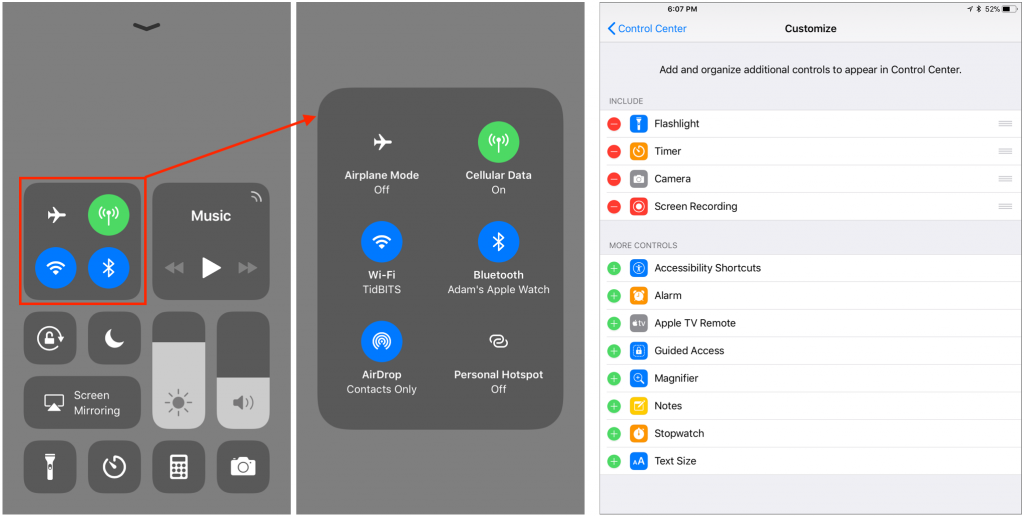 The Lock screen is all you’ll see while in the car by default now, thanks to the Do Not Disturb While Driving feature. It blocks notifications and prevents you from using your iPhone while at the wheel, all while auto-replying to people who text you. Some of you clients that may have texted me may have seen this over the last couple weeks as I’ve been using iOS 11 beta. Calls still come through to your car’s Bluetooth system, and texts from people designated as favorites can break through the texting cone of silence. Passengers can disable Do Not Disturb While Driving easily from a notification on the Lock screen. 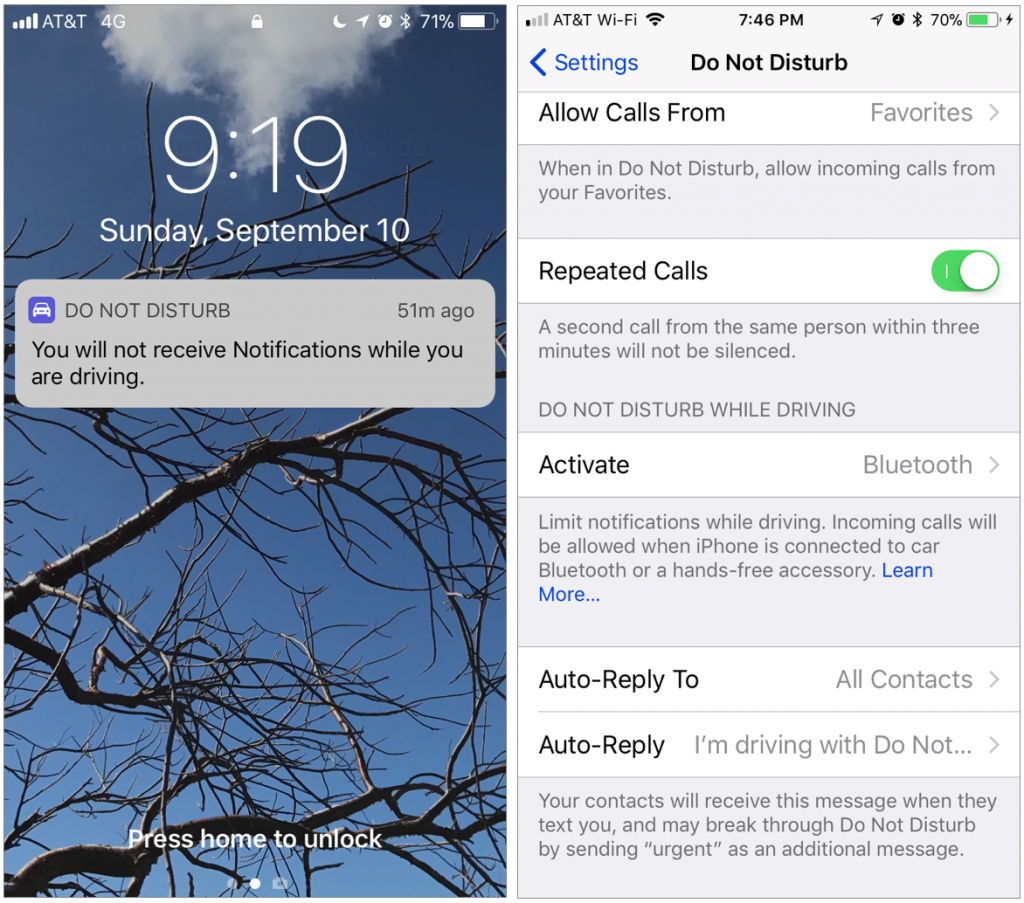 A few smaller changes that you’ll appreciate include:

Take some time to explore—we’re liking these new features and we think you will too! It’s safe to upgrade to iOS 11 now for home users. Business critical apps may not be working. If in doubt, reach out!